“VIRGIL ABLOH” and The Brilliance of Breaking Borders

When you think of boundaries, limitations are one of the first things to come to mind for most. But for one creative mind boundaries were things worth pushing & breaking. Virgil Abloh did just that. Virgil has a storied career from fashion influence all the way to music and more – and the main thing he maintained throughout his career was not being boxed into one thing. His whole career was carried by his innovative thinking and strong friendships he built organically through his passions. He deconstructed and re-designed things in his own vision work and that transferred into his collaborations & brand ethos. Let’s dive into his accomplishments and everything he left us with.

2009 – 2010
In 09’ Virgil and Kanye would cross paths at Fendi in the same class of interns. A year later, Kanye named Virgil as the artistic director of his newly formed creative agency, Donda. The position was perfect for Virgil as the role truly spanned multiple creative endeavours. The agency would create legendary album covers like Watch the Throne with Riccardo Tisci, Cruel Summer film, and other marketing campaigns. The dynamic and influence between the two Chicagoians would continue to shine through individually over the years.

2012 – 2013
Before there was Off-White, there was Been Trill and Pyrex Vision. Virgil followed all of his passions as he DJ’d and took an interesting approach to product creation with Pyrex Vision. The disruptive and intriguing approach to streetwear would raise a lot of attention and leave people asking the question, “Who is Virgil Abloh”?

Pyrex Vision was short lived, but played a pivotal role in the beginnings of Virgil’s entrepreneurial endeavours. In 2013, he launched his signature label and one of the most profound brands of the decade with Off-White. Once again, Virgil had birthed an idea that demanded the attention of the industry. From streetwear to luxury, Virgil was tapping into the best of both worlds. The Milan-based label gained traction quickly over the years and would soon open the door that would shake the industry!

2017 – 2021
As Off-White continued to rise in popularity, Abloh would execute a creation that would change the way we saw collaborations forever, and cement his reputation in the industry. In 2017, Abloh teamed up with Nike to design a collection of 10 Nike x Off-White styles.

It all started with the Air Jordan 1 with Abloh’s signature motifs and unique design elements. From there, it continued with his one-of-a-kind touches on the Nike Air Presto, Air Max 90, Blazer Hi, and a plethora of other models. The simple yet complex style of silhouette reconstruction and key embellishments sent the fashion world into a frenzy and cemented the name Virgil Abloh in history on all levels of fashion.

Abloh didn’t stop there. From 2017 to 2021, he would go on to reinterpret more than 50+ styles with Nike. From the signature Nike Blazer worn at the US Open by Serena Williams, to his recent “The 50” launch, featuring a lot of 50 Dunk Lows with specific colorways and textures. 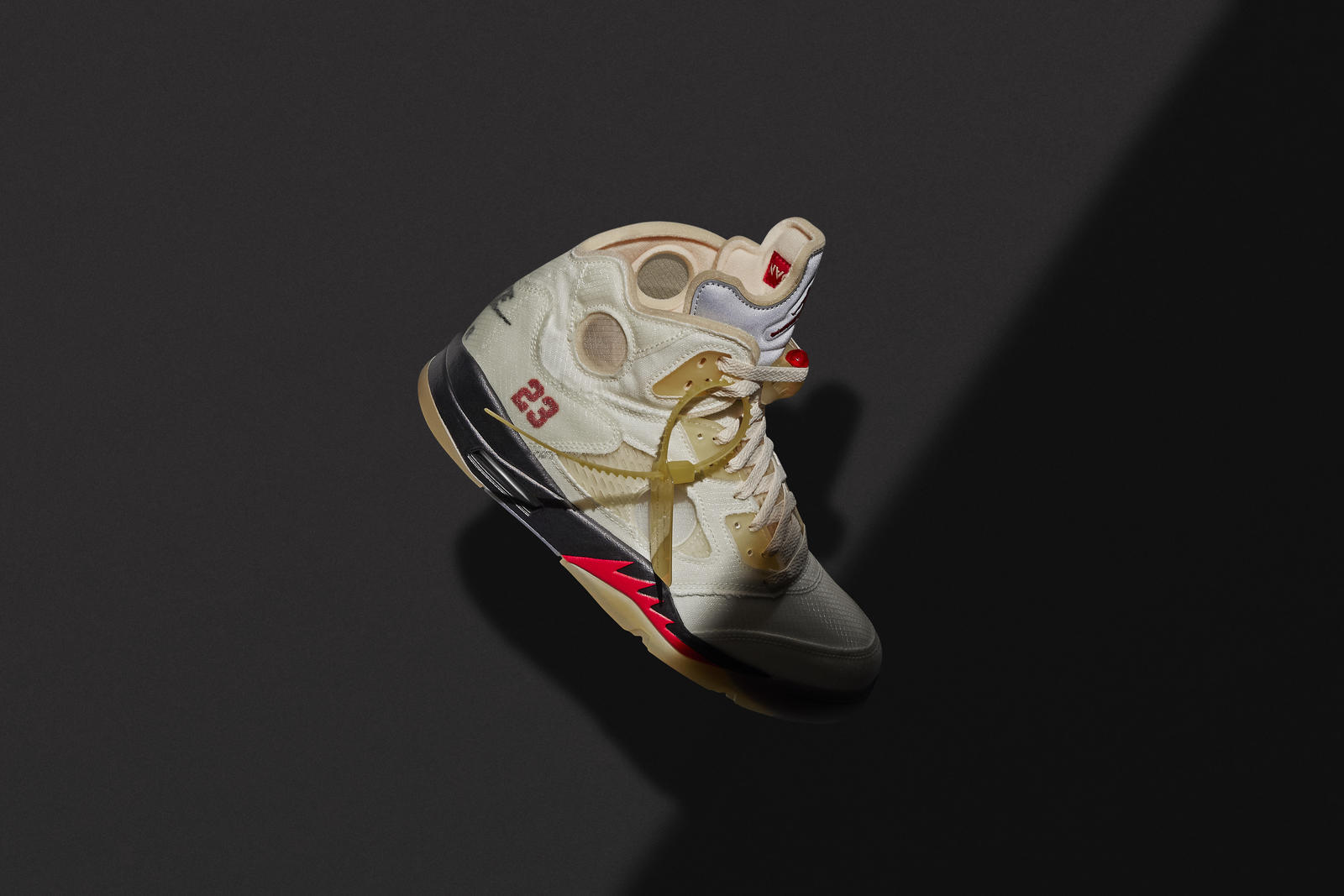 In 2018, Abloh continued to exemplify his masterful versatility by being appointed as the first black artistic director of Menswear at Louis Vuitton. He would continue to bring the ideas and concepts to LV that only Abloh could with out of the box color blocking/patterns, futuristic designs and much more.

Ideas never stopped becoming a reality for Abloh. Despite the once in a lifetime opportunities of creating with Mercedes, Ikea and the MOMA in Chicago, Abloh’s purpose in life was never just about himself. His biggest goal was inspiring the young future who would succeed him and bring in fresh ideas to push the limits like never before.

Virgil Abloh gave us the blueprint, quite literally. He showed us anything was possible if you believe in yourself and continuously break the boundaries the world will try to place you within. When it came to young musicians, DJ’s, aspiring fashion designers and just about anyone who Abloh crossed, he continued to show grace and embrace the ones who looked up to him.

The truth is, we could spend days talking about his accomplishments and contributions in fashion, social justice and more. But it still doesn’t do justice to how impactful his legacy was in his short-lived 41 years of life. We will all miss Virgil Abloh, but his work lives in all of us. Especially the creatives of color whose lives he has changed forever. We have no excuses when striving for our own greatness because, like Virgil has stated and showed: “You can do it too…”

Quality Through Time: The History of Birkenstock

Bring on the retro Style with the latest from Tommy